Shakespearean Mischief
Puck was always my favorite character in Shakespeare. Something about his making mischief in a good-hearted way (usually) made him stand out from all the serious characters enmeshed in global intrigue, family vengeance and overly-dramatic love sequences. Puck has none of that – he wants to create mischief and maybe mess with the protagonists a bit.

Iberian Puck
Now if Puck were drinking wine, it’s pretty clear to me that he’d be drinking Iberian wine. One specific grape from the Iberian peninsula, to be precise. This is the grape that seems to go by every name on the planet and manages to blend in with its surroundings impressively. Spain, Portugal, California – this grape of mystery is the spy that infiltrated them all, always under an assumed name.

Bottom’s Up
Aragones is the name on the bottle of this blend (with Trincadeira and Castelao – two Portuguese grapes that were once thought to be the same). But wikipedia lists out dozens of synonyms so expect to be tricked many times. I sure have. And I’m pleased to be tricked, time and again, just so long as Nick Bottom isn’t my eventual life-partner.

Puckish Wine FTW
So, for the second time, this grape has tricked me. Well played, Puck/ Aragones/ Cencibel/ Tempranillo. Your name will not be forgotten (but we probably won’t learn all the synonyms either).

Taste:
Opinion divided at this wino’s household. Nobody loved it exactly and nobody hated it, but 3/7 of the home disliked it and found it too dry. A slight majority liked it for its black fruit and thought it better with food than on its own. It’s on the lighter side with spice of the Midwestern variety (i.e. black pepper), not the Thai/Indian/Mexican inferno that also goes by “spice.” Smooth and holds together really well without a super long finish. At $9, we’re talking a pretty great value for everyday wine. But try it first – you might be part of that 3/7th.

Random Googles:
* Castelão, one of the two new grapes, has a pretty amazing synonym – Periquita. It means “parakeet” in Portuguese and nobody’s exactly sure why.
* Castelão and Trincadeira (aka Tinta Amarela), today’s new grapes, are both from Portugal, in areas south of Lisbon. Like many grapes in Portugal, they’re permitted in Port wine. Don’t try and name all 82 port wine grapes – you’ll fail and someone else will have finished the bottle.
* Trincadeira took home an award in the value wine arena. Surprisingly, the bottle was from Australia.

Messi, Mazuelo and Graciano
Tempranillo rules Spain like it owns a Barza jersey and answers to Messi, there’s no disputing that. But behind Messi is a whole team of supporting grapes that make Tempranillo what it is. Two of those grapes are Mazuelo and Graciano, little known grapes who tend to shy from the spotlight but set up Tempranillo for the MVP Award when it counts.

Spanish Night of Fellini
Personally, I missed the Barza (3) – Manchester (1) final where Messi won his MVP and Spain erupted in a fit of hysteria not seen since oh… the EXACT same thing happened two years ago when Barza defeated Manchester for the final. Fortunately, my brother arrived direct from Spain with a bottle under his arm (and another stashed in his suitcase), with stories of Spanish victories, appropriate wine intake levels and early morning Fellini-esque tales of Spanish celebrations.

Fauns and Fantasia
Mazuelo is the more famous of the two, although it’s only the Spanish who call it that. The rest of Europe calls it “Carignan” and knows it as the grape from the cheaper parts of France that led to the famous “wine lake.” Not sure how “wine lake” came to mean a bad thing since it seems like an amazing faun-centric scene from Fantasia, but France managed to make “wine lake” a bad thing. They produced way more than France (or anyone else) could consume and had to turn hundreds of millions of bottles of wine into industrial alcohol. Surely a faun is crying somewhere.

Graciano’s All Muscles
Graciano grows pretty much only in La Rioja, with some outposts around the world. Mostly, it’s used as the muscle in the body-building world of Old Wines (Reserva and Gran Reserva under the Spanish system). Spain used to consider Graciano a key ingredient in Rioja wines but it’s a hard grape to grow and it’s not as common to find as it once was back in the yesteryears of the 1970s. That said, the grape is coming back and even some entire bottles are now made from 100% Graciano. Mostly though, it remains a blending wine to ensure that Tempranillo has staying power and will be running around Barza’s field for decades to come.

Random Googles:
* Californians call Graciano by its awesome persian name – Xeres
* Mazuelo – what NOT to serve to my favorite wine writer
* Mazuelo, aka Carignan, was the #1 most planted grape in France in the late 1970s. The #2 grape (Grenache) had about 1/3 as many vines planted. Two words – “Wine. Lake.” 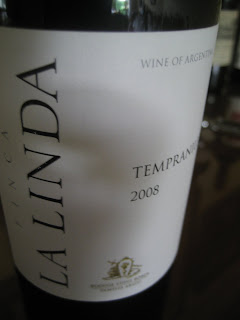 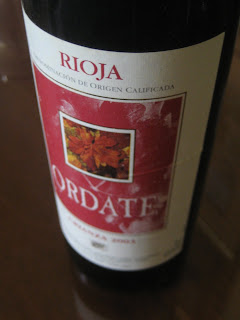